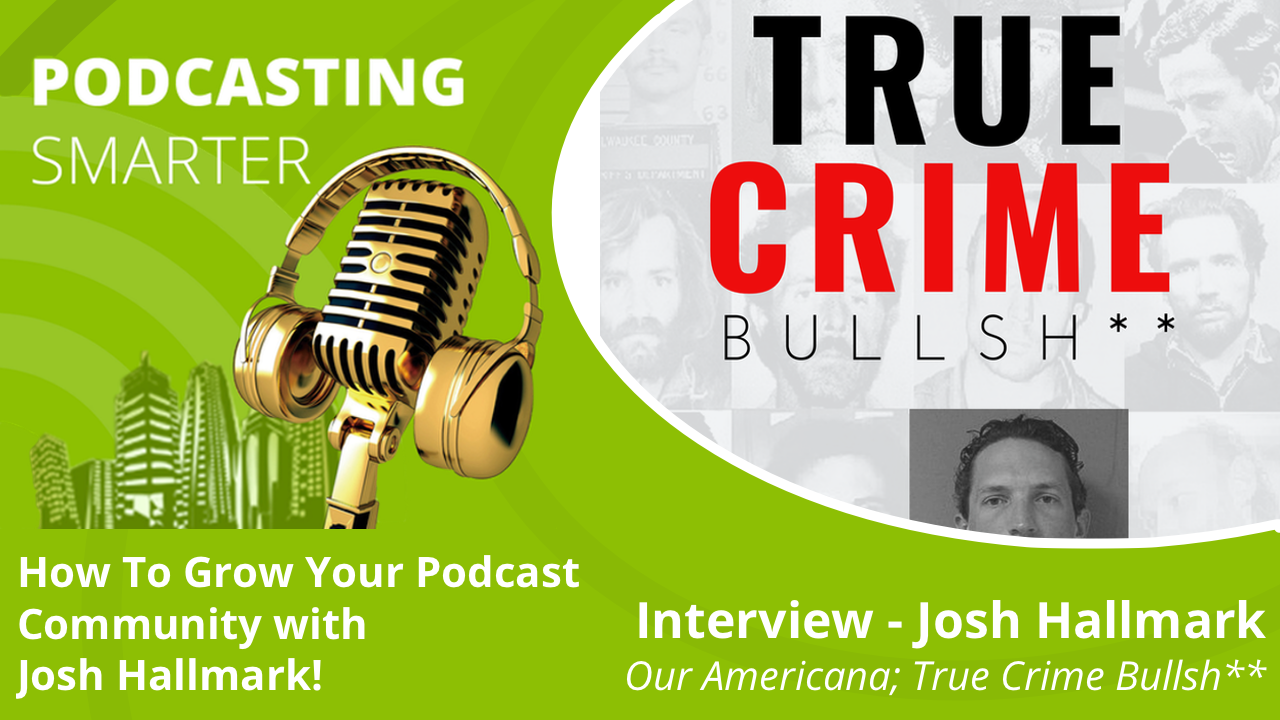 What does it mean to be human?

That’s not the question Josh Hallmark set out with when he first started his podcast Our Americana.  It probably wasn’t even the question brought up with his following podcasts Playlist or The Karen and Ellen Letters.  But it’s the question he answers in his true crime podcast, True Crime Bullsh**: The Story of Israel Keyes.

He describes it as a “serialized true crime story which looks at serial killer Israel Keyes, but also kind of deconstructs the genre of true crime, and how it affects listeners and people within the true crime community.”

“I was just so fascinated with Israel Keyes and the story of him,” Hallmark says, “and I think it’s a unique story because it kind of like true crime in reverse.  I think we’re used to a victim and a crime and then looking for a killer. And here we have a killer, but we don’t know who his victims were?   And he had this crazy thing with the FBI where they were not going to release his name to the press as long as he was cooperating with them. So it kind of already, as a story, spun the true-crime genre on its head a bit, so I immediately started devouring everything I could about Israel Keyes – which, because of this deal, there wasn’t a lot.”

This podcast is a culmination of three years’ worth of research, investigation, and expert-consulting – three years, he said, that needed to come to fruition.

“Our Americana was just a whim,” he says.  “It was something I was doing just to like, satisfy myself, and then it took off like, ‘Oh, this is great!’ With True Crime Bullsh**, I put so much work and money into it that I just could not let if fail.  So I had to be as proactive as possible.”

Hallmark’s gone down every road he can to raise funds for his show – advertising, merchandise, Patreon, even running booths at conventions to spread the word as much as possible before the show even launched.  But of all the tools at his disposal, he says PodAds helped him do more than raise money – it helped him save time.

“Because I’m one person and I can only do so much – especially producing four shows – is a lot of what I have to rely on is kind of ‘set it and forget it.’  Do as much as I can upfront so that whatever is happening will pay off on its own. And I think PodAds has been phenomenal for that because I get offers to do ad insertion to old episodes, and so I’ve just kind of been like doing my own thing.  And I’ll get notifications saying that someone wants to place an ad in episodes thirteen through seventeen. It’s like, ‘Awesome! All I have to do is click a button, and there’s a new monetization tool that I have done very little work to implement.’   And then the money just shows up and it’s a dream.”

But money isn’t the most important part of podcasting (though it can play a large role).

“Empathy was really important to me in all of this,” he says, “And also to humanize them because while to us he’s a monster, he had a kid and girlfriends and family members, and great, deep friendships.  And by making him a monster, we’re not humanzing those people, and the experiences they had with him. I think that’s so critical in creating empathy for other criminals’ families.

“And what happened to his family after his arrest is one of the most heart-breaking stories I’ve ever heard, and that to me became kind of the throughline for this whole story.  Just like, this is not just about the killer and his victims. It is equally as important, but it’s more than just that beat of crime, victim, criminal.”

True Crime Bullsh** stands out from the other rising true crime podcasts not just because of the choice of topic, but because of the choice of direction.  It can be easy to forget that everyone – from the killers to the victims to family members and bystanders – has a life, has emotions, exists as a person beyond just being a name in a story.  Josh Hallmark makes you see that they’re just people, much like anyone else is, even if they’re surrounded by circumstances as bizarre and heart-breaking and these.

What does it mean to be human?  Check out True Crime Bullsh** and discover the answer for yourself.

About The Author
By day, a marketing writer for Podbean. By night, surrounded by eclectic projects like stop-motion puppets, half-knit sweaters, and a violin that won’t learn to play itself. Certified Fresh(c) by both a bachelor’s degree and a master’s in English.

0 comments on “The Throughline of True Crime: Josh Hallmark on Empathy, Inverting Genre, and Making The Most of Podcast Advertising”